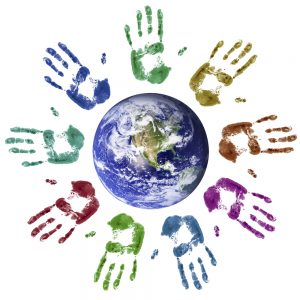 I received cultural gifts from more countries than I can count with the fingers on both hands recently. And I didn’t have to leave my current home province to do it. Best of all, my pseudo-round-the-world cruise came without jet lag, carbon footprint guilt, or a ridiculous hit on my credit card.

Between July 15 and July 21, I attended, “Sing Local, Think Global,” a week-long workshop at an Anglican retreat centre in BC. The leader was John Bell, a hymn composer, broadcaster, minister of the Church of Scotland, and member of the ecumenical Iona Community.  He taught us hymns from Latin America, Africa, and Asia, and from dispossessed groups, and explained the historical context for each.

On July 22, I spent a day studying Tibetan energy healing with Jose Antonio Manchado  when he was in Vancouver to conduct several workshops recently. Jose is a Spanish-born man who adopted Buddhism as an adult and has studied extensively in Tibet and with teachers around the globe.

On July 23, I attended my regular Iyengar yoga class, a discipline with roots in Hinduism, with a Canadian-born teacher who has studied with the Iyengar family in India.

One would think after engaging in rituals emanating from many different religions and regions, I would feel as confused as a scrambled egg. That’s not the case. My head is clear as I settle into my day-to-day life with renewed energy.

This makes sense, really. These practices all promote unity and draw water from the same well.