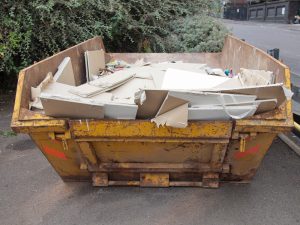 I spent a whole afternoon recently chain-watching home renovation shows on HGTV. That wasn’t the plan.

When the dentist’s assistant asked me if I wanted to leave the TV tuned there during my filling, I told her I’d prefer spa music. As she fumbled to find it, the dentist arrived to get the show on the road.

“Never, mind. The HGTV show will be fine,” I lied.

It wasn’t long before workmen got out the jackhammers to dismantle a cinder block wall that had to go.

“Don’t get confused about the noise. I need to start up my drill now,” the dentist joked.

Life was imitating art. And more was to come.

And as the contractor found a tattered vapour barrier and phoned the client to break the bad news that it and the wall in front of it had to be replaced at a significant additional cost, the dentist shared what her excavation project had revealed – decay had entered the root of my tooth and was killing it.

“The only way to save this tooth is to do a root canal. The good news is that I can do them and will not have to refer you out for it.”

After a one-sided conversation about the deal she could give me because I was already frozen, I nodded. She proceeded with what turned out to be, three hours later, a quadruple root canal treatment.

My ability to converse with her was severely limited by the fact my tongue was held back behind a rubber dam. It was there to prevent saliva, blood, and the debris from the construction zone from choking me.

On several occasions, as I watched the tearing apart of houses and digging up of gardens that looked like palaces from my space-deprived urban vantage point, I drew on decades of yoga training to remind myself to breathe, to relax my shoulders, and to unclench my fists.

Near the end of the session, the dentist said what I had been thinking all afternoon.

“I have to wonder whether these shows are creating dissatisfaction and a perceived need for a renovation that sometimes isn’t necessary. So much stuff is being hauled off to landfills because people have been programmed to think everything has to be ‘different’ and ‘fresh’.”

Next time I go for a filling, I’m going to hold out for the spa music.

One thought on “Ruminations from a Dental Chair”